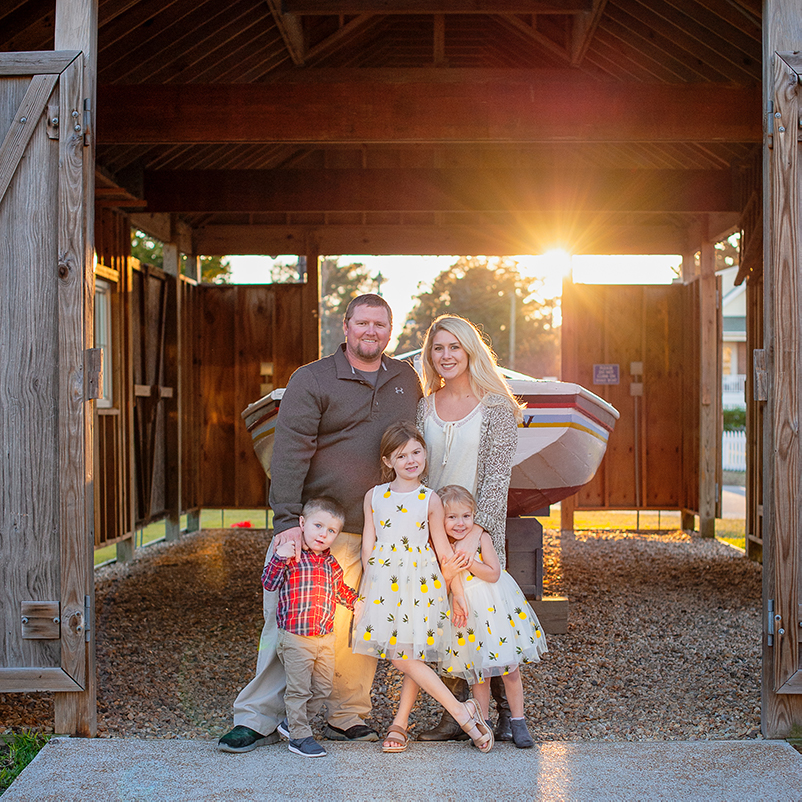 Aaron Croswait, third-generation fisherman and boat builder, was born with salt water running through his veins. He tagged alongside his father, fishing offshore by the age of 5. At 12, he rose to the title of Mate on the head boat out of Pirate’s Cove. In a matter of four years, Aaron accepted his first offshore mating/charter-fishing job, which ran continuously for eleven years. During the off-season lulls, Aaron picked up work in boat-shops and yards, including work with his father, Captain Bobby Croswait, and Chincoteague Scow, where he began his hands-on training in boat design and repair.

In 2011, Aaron was hired by Gunboat International in his hometown of Wanchese, North Carolina. His discipline and diligence was recognized early and he was promoted to the head of Infusion, which he ran for two years before being promoted again to Production Manager. Also in this time, Aaron married his best friend, Sarah, and they began their family together by welcoming their first daughter.

In 2014, Aaron peeled off and launched his own company, Croswait Custom Composites. He collaborated on a new build, the Gazza 25, which was his first hull infusion under his own moniker. From the 25, Aaron worked jointly with John Gazza and Tribute Boats to build the Tribute 37 prototype. He was also building the carbon fiber rigid inflatable boats (RIBs) that are used as dinghies on the Gunboats he had formerly built. Also in this time, Aaron and Sarah welcomed their second daughter.

Since splashing the 37, Aaron and his team have completed three 57’ carbon fiber sailing catamarans and assisted with the completion of four more (to include a 78’), refitted a myriad of charter fishing boats, overhauled two more sailing catamarans, and repaired seven Irma-damaged boats, transported to the Outer Banks from Tortola, BVI.

Aaron and Sarah have added one more to their brood, this time a son. 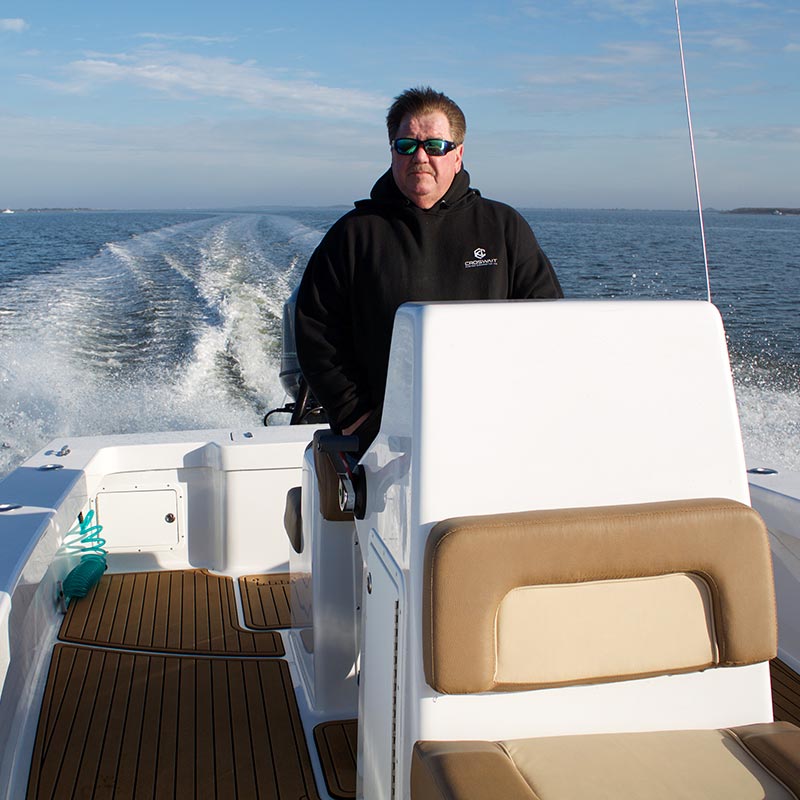 Captain Bobby began building 21’-26’ crab boats when he was 15 years old with his stepfather, Captain Buddy Cannady (BC Boatworks). As he became more proficient, he moved up to larger vessels and charter boats, which, in turn, he fished out of the Oregon Inlet Fishing Center and Pirates Cove Marina. The boats were fast, dry, and rode great. Fishing the boats gave the duo the opportunity to tweak the build-process to make them perform better, go faster, and ride more comfortably. Designed with the world-famous Carolina Flair, these sport fishing boats gave Bobby entry into the boat building industry.

Bobby has held a 100-Ton Captain’s License for over 30 years and has used his credentials to deliver vessels from Maine to the Florida Keys and to the Bahamas.  He has designed and built over 120 boats, from stern to bow, aloft to keel, along with the fly bridges, cockpits, mezzanines, and hard tops complete with courtesy lights, radar, and spotlights to finish. Bobby has worked with various materials and applications including plank-on-frame, cold-molded, fiberglass molds and lamination, gelcoat, epoxies, topcoat and is also a certified resin infusion technician.

Captain Bobby has fished up and down the east coast, the Bahamas, and remains active as a delivery captain for-hire. He leads our OEM division, specializing in repower, paint, deck repair, hardware installation, and lamination. 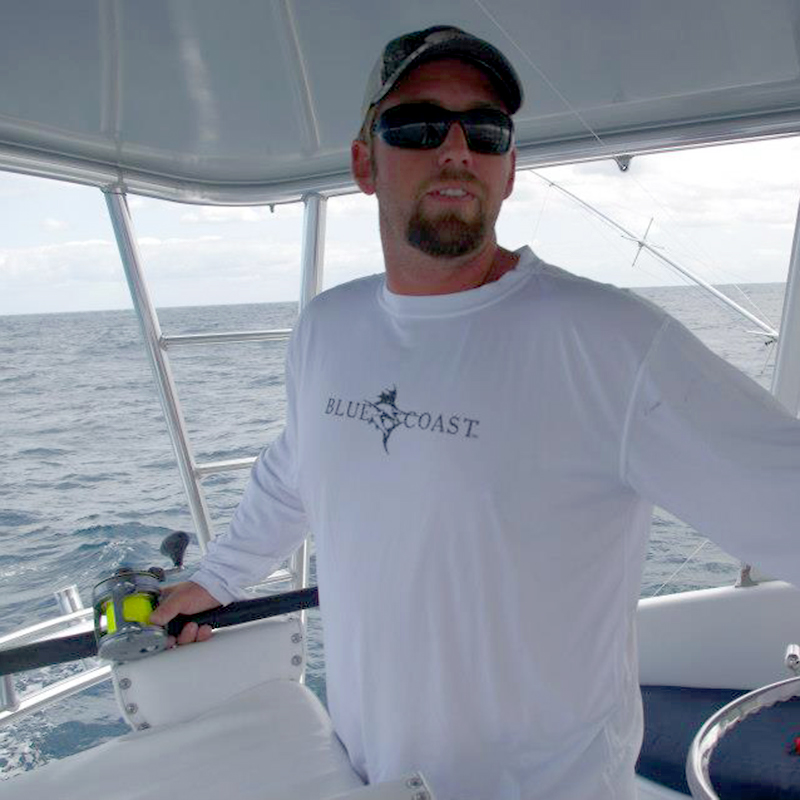 Captain Jordan “Jordy” Croswait is the grandson of legendary boat builder and fisherman Buddy Cannady. Since he was a small boy, Jordan has lived to fish and work with his family in the fishing and boatbuilding industry.

Captain Jordy received his 100-ton Masters USCG Captains License in 2008 and has 17 consecutive years of experience as a captain and mate, locations ranging from Rhode Island to Mexico. Captain Jordy fished out of Oregon Inlet in the summers and spent 6 seasons in Isla Mujeres, Mexico, 5 seasons as a mate and 1 season as a captain. In previous seasons, he mated on other boats as well in both Florida and the Bahamas.

As soon as Captain Jordy was old enough to swing a hammer, he began to learn the A to Zs of boatbuilding in Captain BC’s boat shop. His father, Captain Bobby, would set him up with an 8×8 and a fist fool of nails and let him hammer away for hours. When Jordy got out of high school he started working with Captain Bobby at his company, Croswait Yachts, in the off-season. Under his father’s tutelage, he learned the “old-school way” of building wooden boats.

Captain Jordy brings years of real world captain/mating experience to help plan and execute your refab and new build ideas. Whether wood or composite, he has the know-how to make your dreams a reality. 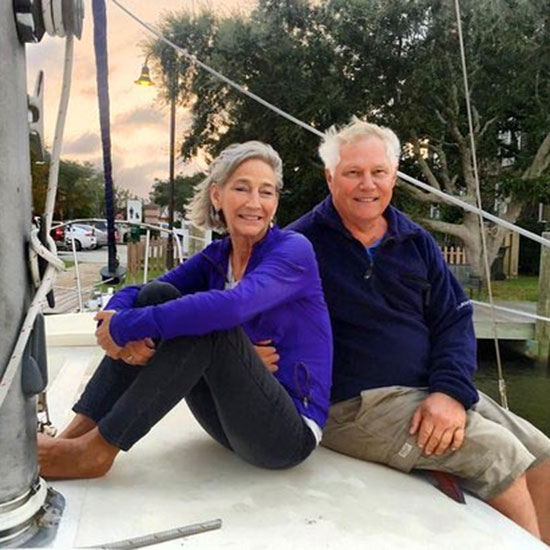 Dan is our Senior Project Manager, providing materials and design information to the team for all new and/or custom builds. Dan has been a licensed US Coast Guard Captain and his boat-building background spans 30 years. His work to present includes boats from 21’ center consoles to 130’ motor yachts. Dan is proficient with all watercraft construction including rugged, fast sport-fishing boats to high-performance sailing catamarans.